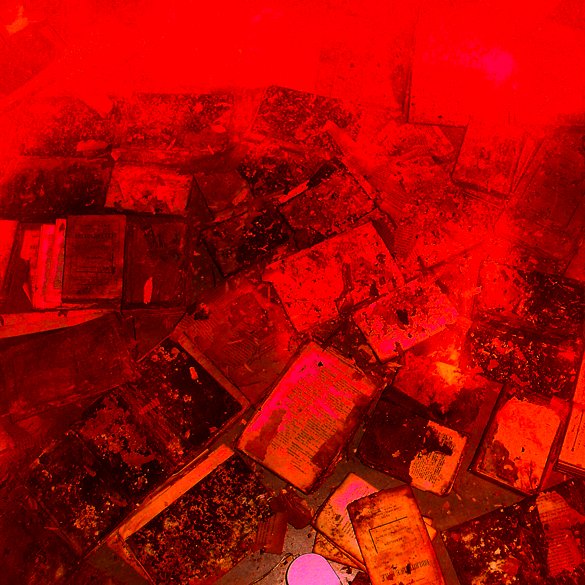 Volume five in an ongoing series. Self-assembled and reversed in February 2012.

Why not pay a humble tribute to the golden age of backmasking? Once upon a time, radio DJs would go up in flames accusing pop records of containing satanic messages woven backwards onto the groove. These would then supposedly make their way onto your teenage subconscious, and from its depths command you to do very bad things.

Echoes of the Altamont and Manson traumas aside, it was all a bit naive when compared to the magnitude of the very shady side of the entertainment industry nowadays, where worthwhile pop music once again becomes demonised: the recent, heavy policy proposals against online piracy, the terrorist-like shutdown of megaupload, the steamroller-like production-line of prime-time karaoke, the pervasive disgust of auto-tuning, the endless parade of cute iGadgets valiantly ignoring the abyss of over-consumption and worldwide economic meltdown.

Hubris, Icarus, Tower of Babel… Some say the future is once again in the local. Let’s just forget all those un-local languages, then. Press play, unlearn them all, quickly and painlessly. Bliss.