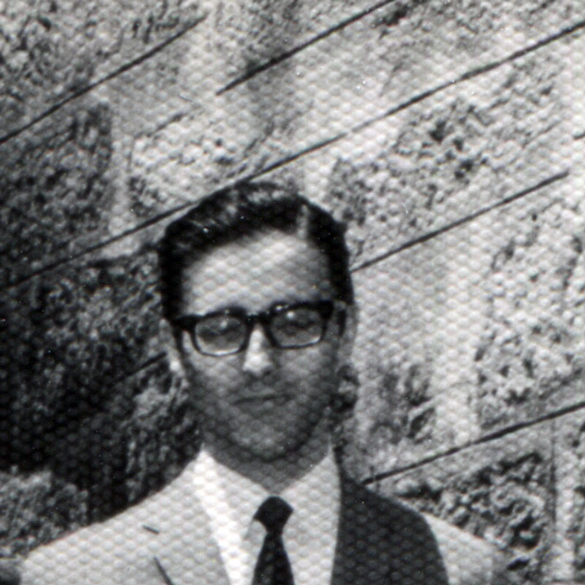 “Ever the archivist at heart, my father, Francisco Alvelos, had the foresight of recording the national radio and television broadcasts of the Portuguese “Carnation” Revolution as it unfolded on the 25th of April, 1974. Just audio, that is: home video was still years away, as was colour TV… I was then seven years old, and remember an afternoon without school, the radio hosting strange voices, a still image on the TV set. By dinner time TV broadcast had been restored and some very serious-looking men in strange garments made very serious speeches, my parents’ expressions of expectancy and excitement an obvious indicator that, despite being beyond my comprehension, something major was taking place. That somehow made up for the disappointing disappearance of cartoons… The World was different back then for a seven-year-old under an ailing European dictatorship.

By chance I recently unearthed the cassette tape my father recorded, and took great care in digitising it as it might not survive one last playback. It did snap once, but I managed to successfully improvise a bit of tape surgery…

Here, then, are the newsflashes and the first public address of the Revolution Council to the nation: I edited out the obvious copyrighted material, and kept the marching anthems to a sensible degree. At 20’50 on this edit, we hear a declaration summarising the motives for the military upsurge; remarkable how a significant part of what is said still resonates in 2016 – and how timely that I found this recording on the eve of the Portuguese presidential election. The last 30 seconds of this edit, the tail-end of the junta declaration and the ensuing silence, are eerie in their prescience: “What now?”, the fumbling silence seems to wonder. It still does.

Listening while digitising, the recordings brought vivid memories of my father. And somehow I felt I was fulfilling his wish, rendered audible almost 42 years later: to preserve and convey a historical document for future generations to remember, reflect and interpret.” [Heitor Alvelos, January 2016]

Mono recording by Francisco Alvelos from national radio and television broadcasts in Aveiro, Portugal, April 25, 1974.
Edited and mastered by Heitor Alvelos, January 2016.
The dedication should be self-evident.