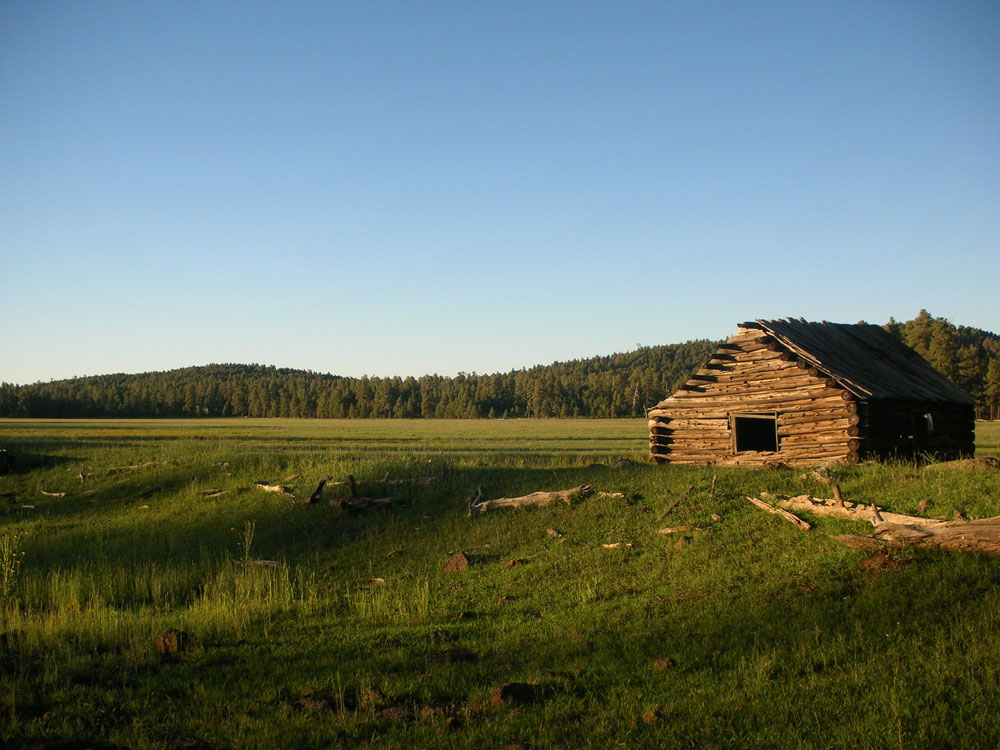 The forests and meadows of Northern Arizona’s high country are populated by herds of elk, packs of coyotes and a variety of frogs, owls and other wildlife. Camping out overnight can be an exhilarating acoustic experience – as I found out…

Waking up in my tent just after 1 AM my immediate thought was that I had entered some weird spirit realm and was hearing the wail of a banshee – what turned out to be a bugling elk. The initial recordings were made on 4th September 2007. The main portion of the recording, an ethereal song consisting of a series of explosive elk calls, was made more recently on 10th June 2008.

The Elk Song recordings were made by accident. Camping out in Northern Arizona’s high country a year ago my aim was to record late-calling frogs. Having had no luck I went to sleep – leaving a mic outside my tent, with my recorder set up and ready to go, just in case. At one am I was woken by peal after peal of screams that sounded almost like a mad, malfunctioning car alarm. I spent a very nervous minute or two before it dawned on me that this was the bugle of a bull elk. After that I was able to hit record and enjoy the fantastical calls that you’ll hear towards the end – it’s as if an avant jazz musician is blowing overtones through his trumpet mouth piece.

The recording opens with some dusk forest bird song and then a herd of elk emerging from the forest in the twilight and splashing through a stock tank (pond made for cattle to drink at) on their way to graze in the meadow. You’ll then be able to hear elk hoof-steps. The series of single explosive elk calls started around one am – at one point the whole herd runs off. In real time there were often gaps of several minutes between the individual calls, but when heard in short succession they make an ethereal song that to me is like a terrestrial equivalent of whale song. At the very end you’ll hear three coyote howls recorded on my first visit to the site – it seems like the coyotes and elk often trigger one another in a bout of vocalization.

This meadow is about a mile and a half long by three-quarters of a mile across and since the amount of reverberation depends on the size of a space, this along with the absolutely calm atmospheric conditions presumably account for the incredible echo. No artificial reverb effects of any kind have been used. As for those elusive Leopard frogs, I did eventually track them down and you can hear them on the ‘Contact‘ page on my website against a background of chorus frogs – not to be confused with the hilarious Tungara frogs of Panama featured on my home page.

With thanks to Denis Blackham @ Skye Mastering